Spring is around the corner and that means it is time to prune most of our trees and shrubs.  Most people seem to think that pruning is done at the end of a growing season, but in most cases, February and March are the best months to prune, just before new growth starts.  Here are a few things to consider before getting started.

Not all trees need to be pruned.  If your trees or shrubs are healthy, growing at an acceptable rate, in a desirable shape, and are not outgrowing the space allotted to them, why prune?  These trees and shrubs should probably just be left alone, save for maybe removing a few weak or damaged branches on the inner part of the tree. 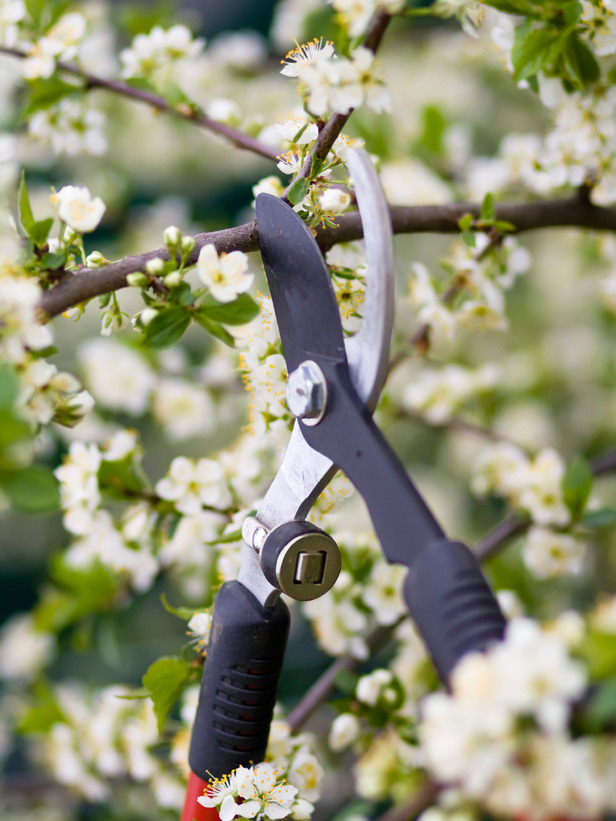 The primary objectives of pruning are to enhance the safety, aesthetics, and health of the tree.  A tree with many broken or dead branches can be a hazard, therefore these branches should be removed for safety.  Selectively removing a few branches to enhance or accentuate the natural form of the tree without altering its form entirely can make the tree more attractive.  Pruning out diseased or insect infested branches, or competing branches improves the overall health of the tree and provides strong branch structure.

Most trees we prune need to be thinned, rather than headed back or topped.  Thinning means selectively removing a few branches according to the characteristics mentioned above.  Any branches identified for removal (and only those branches) should be pruned off entirely to the branch from which it arises.  The remaining branches should be left alone.  The only time you’d want to trim back all branches equally is if you are keeping a formal hedge of something like boxwood, yew, or privet.

Perhaps most importantly, pruning will encourage new growth.  We tend to think of pruning mostly in terms of removing undesirable growth, and may not consider the growth response by the plant that will be caused by pruning.  When we prune we are essentially directing the future growth of the plant.  Try to look at the tree as you prune and imagine what will happen to the tree as a result of the pruning cut you are about to make.  Will the plant spread out rather than continue to grow upright?  Will a smaller younger branch gradually take the place of the older branch being removed?  Or will cutting off one or more strong established branches result in several new but weaker branches growing out from the same spot, competing with each other?  Think about this and make a decision about whether you want to cause this shift in growth.  Otherwise you may find yourself attempting to correct the same problem repeatedly. When in doubt call Grade A Tree!

This site uses Akismet to reduce spam. Learn how your comment data is processed.